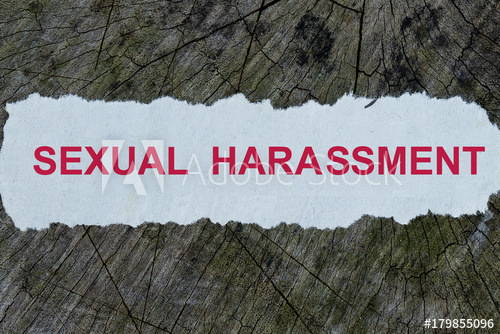 Sexual harassment is covered in the workplace when it happens:

A single incident is enough to constitute sexual harassment – it doesn’t have to be repeated. Anyone can be a victim of sexual harassment irrespective of their gender, however, women seem to be disproportionately affected. In most cases, women tend to not report such instances because either they fear the system or the position the harasser holds in the organization. Most of them, due to lack of training, are unaware of what remedies are available.

In most of the cases, harassment occurs in the most unexpected way. It starts with moves that appear to be innocent but ends up in unprofessional and inappropriate behaviour. As a key pointer, you need to understand that anything that appears to be sexual, unpleasant and inappropriate, which may or may not be within your tolerance limits, amounts to sexual harassment. The following instances show examples of sexual harassment at work:

Any of these instances or the following behaviours, on the pretext of above-mentioned instances, would also amount to sexual harassment:

This means, at any point of time, if you or anyone you know is being coerced into providing unsolicited favors, you should ensure that strict action is taken against that person.

What is the redressal?

Sexual harassment is against the law under the Equal Opportunity Act.

Some types of sexual harassment may also be offences under criminal law. These include indecent exposure, stalking, sexual assault and obscene or threatening communications, such as phone calls, letters, emails, text messages and posts on social networking sites.

Employers should consider reporting criminal offences to the police. The Sexual Harassment of Women at Workplace (Prevention, Prohibition and Redressal) Act, 2013 is a legislative act in India that seeks to protect women from sexual harassment at their place of work.

A complaint can be filed within three months from the date of the offence being committed. In case there has been a series of such instances, then, within three months of the last time, such offence was committed. In case of unavoidable circumstances, if you have not been able to lodge a complaint, the ICC and the Local Committee have been empowered to extend the time limit for another three months, in writing. However, it is advisable to ensure that the complaint is filed as soon as such an instance takes place.

Please raise your voice against sexual harassment at work, if you are exposed to it or even if you happen to witness it being inflicted on your colleagues.

previous
Phobia: it is not uncommon!
next
Planning for your Second Child ?