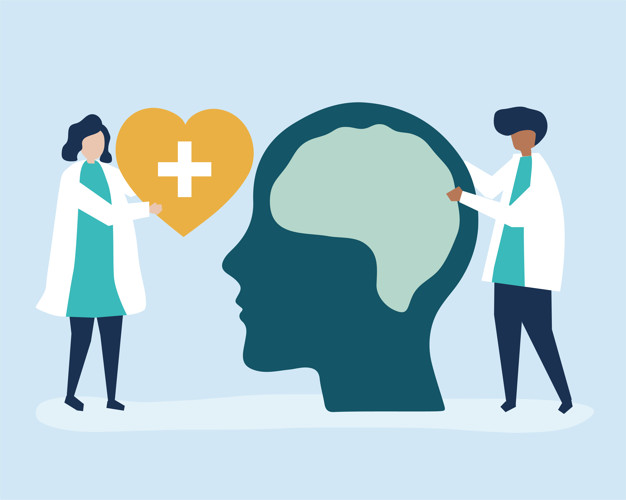 The lifestyle of one and all, in recent times, has been strenuous both physically and mentally. But, thankfully, off-late, mental health is receiving its due importance. It is not getting ignored anymore. Mental health is a broad concept with several subcategories. For today, let us unravel Neurodiversity.

The concept of Neurodiversity emphasizes that all of us vary in our neurocognitive ability to simplify- our ability to think and rationalize. All of us, at some point, excel or struggle with things. However, the disparity between our strengths and weaknesses – for some, is more pronounced. For some, this talent can be disabling. At this juncture, it means that technically, none of our minds word in the same way – we all are neurodiverse.

Neurodiversity comprises the differences in both; behavioural traits and brain function as a natural element of the diverse human population.

People with Neurodiversity may find some things challenging, while other things; feels like a cakewalk. It may reflect an inconsistent performance at work or school. On the flipside, Neurodiversity can be added advantage, especially when the person is in the right situation and uses their strengths.

It is a scientific concept that is arisen from brain imaging. People with thinking or learning differences are tuned differently than their contemporaries. We can also say that some children can learn, think, and process data differently than others. Neurodiversity encompasses many neurological conditions.

The Two Sides of Neurodiversity

It is vital to know all the different ways our brains work. Under this broader concept of Neurodiversity; there are two prominent subcategories –Neurotypical and Neurodivergent.

If you are Neurotypical, you do not have to worry about how your brain functions or do not have any other neurological conditions because it is generally in sync with what other people do. As a result, Neurotypical is considered normal, and most people wouldn’t even realize that they are Neurotypical.

People who do not belong to the above – Neurotypical category are Neurodivergent. The majority of people on the planet are neurotypicals, hence their mindset is prevalent. Most workplaces and schools are designed as per the needs of Neurotypical employees and students. But, Neurodivergents may struggle at these places.

It is imperative to focus on embracing neurodivergent individuals rather than considering them with any disorders. It is of utmost importance to realize and act that their brains work differently than the general population, but these differences can also be advantageous. Certain traits and qualities that Neurodivergence creates include several abilities like enhanced creativity, high perception, etc.

Understanding Neurodiversity and Its Consequences

Understanding Neurodiversity enables us to appreciate the various ways in which we function. Rather than focusing on wrong and right ways of functioning, we should embrace all our differences. Neurodiverse individuals can perceive and create things differently have a different way of thinking, which is an enormous asset for the world. Music, Art, innovation, advances in medicines, and technology are generally made possible by the contribution of neurodiverse people – who tend to think out of the box.

The society that embraces the Neurodiversity concept believes that these individuals do not need treatment; instead, they need support and acceptance.

The Future of Neurodiversity

Although the concept of Neurodiversity was introduced by an autistic person some two decades back, it is yet to gain complete awareness. Neurodiversity is a new concept for many of us thus; the more we understand it better at this point, the more we can accept and take it in our stride in the future.

The slow and steady recognition of Neurodiversity is gaining momentum. Many have begun to acknowledge the challenges and strengths of neurodiverse people.  Workplaces should strive to be more diverse and inclusive. Increasing awareness, understanding, and acceptance or embracing Neurodiversity in our society is the need of the hour.

These conditions were formerly regarded; as issues that needed to be addressed. Nevertheless, we now know how to deal with them in a more effective and suitable manner. As a result, several neurodiversity trainers have emerged to help people understand how to appreciate and work with neurodivergent people rather than trying to heal them.

One such place that aids in making life simple and easier; for neurodiverse people is TruHap. They have the best psychologist in Hyderabad who understands neurodivergent people and counsels them and their families on maximizing their strengths. Write to us at info@truhap.com or contact us on +91 9491 208 645 to seek more clarity and understanding of ways to deal with Neurodiversity.

previous
The Downfall of Child Development
next
Emotional Exhaustion: All you need to know