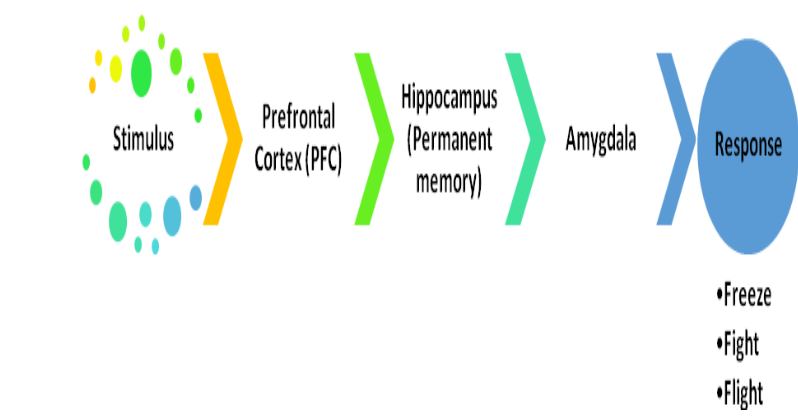 1“Have you ever wondered why have you reacted the way you did to a particular situation? You could have reacted in a better way but you could not? All your emotions where taking you in control?
I know, you could not help!!
That’s all because of a small part in the brain called Amygdala. Now what is this?
Human brain essentially consists of three important complex structures, which help in our reactions to a specific situation

Suresh is an employee in a prestigious IT Company. He has an important event at his hometown and he has informed his boss about this unplanned vacation. His boss, being under project-delivery stress, did not approve Suresh’s vacation stating that it is unplanned vacation. Unfortunately, his boss did not explain him the current situation of the project and has disapproved his vacation without inquiring on how important that event is for Suresh. His boss has not been empathetic to Suresh’s situation.

This incident is moved into Suresh’s Hippocampus as an ‘Experience’ and is stored in permanent storage. Now, after few days, Suresh’s boss has approached him and asked him to work over the weekend to work on the deliverables. He further explained him that it is very important for the success of the project. So, this stimulus (request from his boss to work over the weekend) has reached the Prefrontal Cortex (PFC) of Suresh for a response. PFC has sent this request toSuresh’s Amygdala.

Suresh’s boss has ‘hijacked’Suresh’s Amygdala with his poor management skills which has affected his delivery in the long run.At the same time, Suresh has lead his Amygdala get hijacked to a least significant situation due to which, his long-term relationship with a person (boss) and the company has been affected. He would get a bad rating for his act which he would anyway defend by saying that his boss was not cooperative. We, thus respond to situations by either Fighting back (or) running away (or) do nothing, based on our experiences.

Conclusion:
Do not let others to ‘hijack’ your Amygdala. Stay cool and manage your Hippocampus. Do not store unnecessary experiences. Just try to store positive experiences for your mental peace.